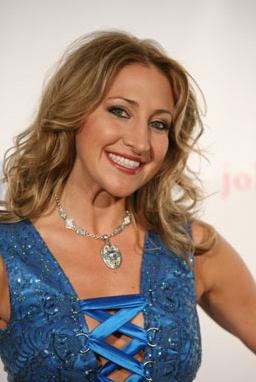 (Chicago, IL) June 2, 2011 –Chicago television personality Jane Monzures celebrates Greek America’s best and brightest stars, at this year’s GABBY Awards.  The awards are being held at Ellis Island in New York on June 4th, where Jane will serve as the official host of the Red Carpet.

“It is an amazing event that celebrates a culture and heritage that has been the basis for so much style, fine cuisine, and industry impact in America.  Every single guest and red carpet interviewee has made a dramatic impact on both Greek American culture, but more importantly, society as a whole,” commented Jane Monzures in a recent interview.

Jane, who is also Greek, is major market television and radio personality.  She is the host of television shows such as “You & Me This Morning”, “Living Healthy Chicago”, and “For The Love of Cooking”.  Jane’s latest television venture “America’s Domestic Divas” hits the airwaves this summer and takes everyday simple items and recreates them into something special; it’s food – remade; fashion – restyled; and home décor – refurbished.  The unique blend of humor, creativity, talent and fun allows Jane to take the average and make it amazing.

Jane, who will be gracing the Red Carpet in a dress by Greek designer Elene Cassis, and jewelry by world renowned designer Alina Korotkina, will be interviewing Greekcelebrities from movie stars and athletes, to political figures and doctors. Celebrities walking the Red Carpet include, HBO’s Kary Antholis, Fox Film’s, Jim Gianopulos, and “Hangover” star, Zach Galifianakis.  Along with athletes like Nick Markakis from the Baltimore Orioles, Ted Leonsis, and hockey star Chris Chelios.  Jane will also be interviewing Michael Dukakis and Stephen Antonakos, both Lifetime Achievement Award winners.

Former heroin addict Chris Foltz tells the BBC's World Have Your Say how a prescription for painkillers from a dentist, led him to heroin addiction and prison. Find out more about Chris's story, including how his parents were police...