Meek.ventures selected as a finalist for 2022 StartUp Awards National Series.

“Weekends with Whitney” (W3), a weekly topic based talk show, is approaching it’s one year anniversary episode set for April with a loyal fan base and critical acclaim in tow.

Chicago, IL 1/28/2012 – When “Weekends with Whitney” hit the NBC Chicago Nonstop lineup just under a year ago, host Whitney Reynolds never could have anticipated the shows growth and popularity since the debut episode. “Weekends with Whitney” (W3), a weekly topic based talk show, is approaching it’s one year anniversary episode set for April with a loyal fan base and critical acclaim in tow. Chicago has served as a hub for some of the most recognized television brands in America, with industry leaders like Oprah and Rosie O’Donnell dominating the show format ratings across the nation. Whitney’s mark on the weekend time slot in Chicago is already garnering national attention.

Chicago currently sits as America’s third largest media market, with some industry experts placing the Windy City at the top of the list in some formats. W3’s cross of live studio audience and on location shoots has brought a fresh approach to the weekend viewer. Originally rooted in a successful online talk show, “Weekends with Whitney” was picked up by NBC Chicago 5.2 as one of the contributed shows to air on it’s new Nonstop channel. Like Oprah’s original talk show format, which was produced by Chicago based Harpo Studios as opposed to the network it aired on, W3 has taken a fun, inspiring approach to production that caught the eye of communication strategist Christopher Foltz. 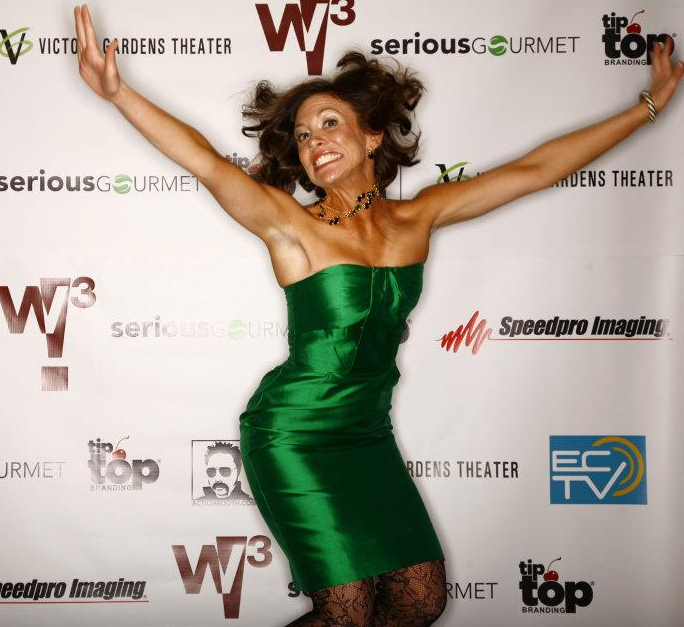 W3’s leadership has announced today that Christopher Foltz & Company is joining the “Weekends with Whitney” production team. Christopher Foltz & Company, one of the fastest growing communication strategy firms in Chicago, looks to bring exciting new content to viewers, as well as work with host Whitney Reynolds in touching the lives and giving back both here in the Chicago metropolitan area and across the nation.

“We are excited to work with Whitney and her amazing team. Whitney is what the market has been looking for, and we know that we can work with her to make a major impact on society in general,” commented Chris Foltz, President of Christopher Foltz & Company. “NBC Chicago’s Nonstop Channel has done so much to make its mark here in Chicago with great contributed content that makes a positive impact on the lives of its viewers. That is what Whitney is all about and we couldn’t be happier to work with her.”

Whitney’s experience in multiple formats in major markets has been attributed to the shows success in Chicago. Starting her career as an intern with “Good Morning America,” Reynolds then took the morning show reigns herself as host on an NBC affiliate in the Dallas area. Honing her reporting skills in the Rockford market before coming to Chicago, Whitney’s diversity in the industry brings a hip approach to the talk format in Chicago. Planning is underway for the anniversary special that celebrates the show Chicago style.

“I am so thankful for the entire Weekends with Whitney team and how far it all has come. We are looking to go into our second year of production with exciting new content and really make an impact in all of our viewers lives. Chris Foltz and his team are rooted in giving back and the ideas and energy you feel working with them is exactly what we want to bring to the show,” commented Whitney Reynolds.

With taping underway today for the “Weekends with Whitney” Valentines Day Special, a live studio audience filling the seats of Lincoln Hall will be treated with “Big Brother’s” Howie Gordon as one lucky viewer wins a date with the season six star. The show is set to air February 11th and 12th at 12PM CST on NBC Chicago Nonstop (Digital 5.2, RCN 50, Comcast 341, WOW 130, ECTV 6) with the W3 podcast available nationwide through iTunes and at www.WeekendswithWhitney.com.

Meek.ventures selected as a finalist for 2022 StartUp Awards National Series.