CHICAGO, June 29, 2011 /via Reuters/ — Two members of Chicago based Project HUGS leadership team were invited to attend the Clinton Global Initiative (CGI) in Chicago June 29th-30th. Project HUGS is a non-profit focused on bridging the gap found in the American health care system, with the ultimate goal of Helping Uninsured Get Surgery. CGI’s goal of economic growth rooted in global stability is the fostering ground for short-term solutions and long-term strategies that will revive the United States economy. One of the largest burdens on America’s budget is the ever increasing health care cost of the uninsured.

In a time of economic uncertainty and legislative reform, far too many individuals and families are unsafely living without health insurance.  Basic care, quality of life treatment and surgical procedures remain out of reach for thousands who are in desperate need of such aide. Project HUGS (Helping Uninsured Get Surgery) is a no cost surgery program serving individuals who are seeking costly yet necessary procedures, but are uninsured.

“It is an honor to have the opportunity to share ideas of American economic growth with leaders from around the world. Project HUGS is the starting ground for health care policy reconsideration. As a medical doctor I see the need daily to take some of the burden off America’s dwindling health care system. We have built a team that shares this common goal,” commented Dr. Severko Hrywnak, Founder and Co-Chairman of Project HUGS. 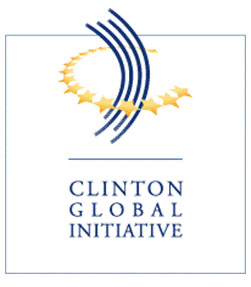 “It is amazing to sit with such high caliber global leaders. From my background in both business and the non-profit sector, I have had the opportunity to see markets shaped in the very rooms I sit in today. We are honored to be included, and are excited about changing the world through our initiative,” said Brij Desai.

One of the core goals of the Clinton Global Initiative is to generate employment for the roughly 13 million Americans currently out of work, businesses, governments, and nonprofits will need to work together to unleash innovation, rebuild infrastructure, and invest in targeted worker training.

“True leadership comes in many forms. President Clinton has led the way on issues pertaining to jobs and economic growth since the days he walked the halls in Arkansas’ executive offices. We are excited to be part of the process,” continued Hrywnak.

Project HUGS official launch is set for July 15th, 2011 in Chicago, IL. With an unprecedented response prior to launch, the Project HUGS team anticipates applications for their program to be in the thousands.

For more information on the Clinton Global Initiative in Chicago, visit www.CGIAmerica.org. For additional information on Project HUGS visit www.ProjectHUGS.org, or contact Chris Foltz at 312-772-4865 or by email at chris@christopherfoltz.com.

Former heroin addict Chris Foltz tells the BBC's World Have Your Say how a prescription for painkillers from a dentist, led him to heroin addiction and prison. Find out more about Chris's story, including how his parents were police...