No longer in football, Kyle Turley is still bringing it hard

(Yahoo Sports) If you had to guess which former NFL offensive lineman is now trying to become a rock star, Kyle Turley would probably be near the top of your list.

No longer in football, Kyle Turley is still bringing it hard

If you had to guess which former NFL offensive lineman is now trying to become a rock star, Kyle Turley would probably be near the top of your list.

He’s the free-spirited, heavily tattooed, straight-talking tough guy who’s still best known for ripping the helmet off a defensive player and chucking it across the field nearly 10 years ago to the day while protecting his quarterback. 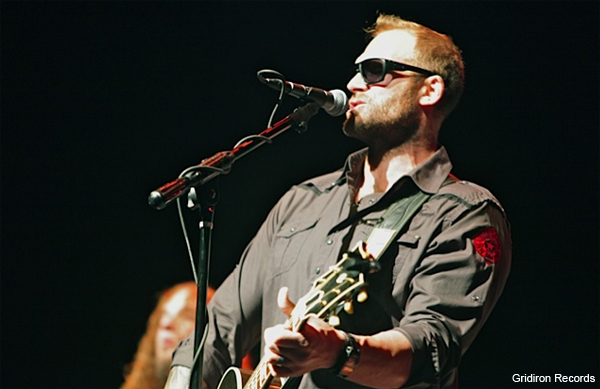 “Well, you know, that one’s gonna stick,” Turley said earlier this week from New Orleans, where he is touring. “That’ll stay forever, man. So it ain’t goin’ nowhere. And I ain’t goin’ nowhere either, man. I don’t run from it. I take great pride in that that was just who I was as a player, and sometimes just took it over the top.”

So you probably won’t be shocked that Turley just released his second album, “Death, Drugs and the Double Cross,” and is on the road with his band trying to reach a level of success in music that he saw on the football field. 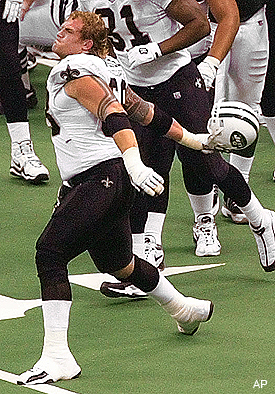 Turley certainly didn’t run from the helmet toss on his debut album that came out in March of 2010. One track was labeled “Flying Helmets” and the album itself was dubbed “Anger Management,” fitting since the New Orlean Saints ordered him to attend anger management classes after the incident.

The early returns for Turley’s second album are very positive. Last week, he had the highest-selling album in the New Orleans market over Evanescence, Adele and Big Easy native son Lil Wayne.

Turley’s musical style is a little harder to pinpoint.

“The genre is a great combination of Southern rock, old-school country, heavy metal and some blues and some soul,” Turley said.

He’s currently touring across the nation to promote the album, which included a performance during a postgame celebration in the French Quarter after the Saints’ 62-7 win over the Colts on Monday. Turley had a show Wednesday night and will also play Thursday and Friday before doubling back for a tailgate concert at the Cincinnati Bengals–Tennessee Titans game on Nov. 6 in Nashville, Tenn., where Turley now resides.

The four-person band is tasting success, but they’re hardly living the life of rock stars yet.

“I’m the driver, the tour manager, the [merchandise] guy and booker,” Turley said. “My guys are the loaders and they take care of everything else when we get to the venues… 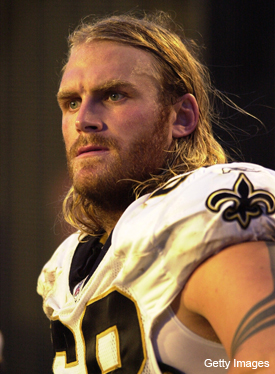 “Our motto is five or five thousand. It doesn’t matter if there’s five people standing there or five thousand, we’re gonna play our same show. That’s what we’re going to bank on in helping us get to where we want to go.”

Turley dove into the music business by starting the record label “Gridiron Records” in 2006, a year before he retired after playing eight seasons in the league and going to two Pro Bowls.

Speaking now from New Orleans where he spent five of those seasons, Turley has a distinctive California surfer dude personality who never minces his words and sprinkles in hearty, grumbling laughs that sound like those of actor Seth Rogen.

Want to know Turley’s opinion on something? Just ask.

Already an outspoken critic of the amount of disability payments retired players receive and who is a board member of the Gridiron Greats Assistance Fund, Turley was asked for his take on the new NFL collective bargaining agreement that includes $1 billion in new benefits to ex-players.

“In a word, I think it’s horse [expletive],” Turley said. “… It’s horse [expletive] but no surprise. The union has failed to negotiate for the players of the National Football League, period. Because the majority of players that run through the National Football League enjoy only a three-to-four-year career. If you don’t reach that fourth year, then you don’t get your benefits.”

For the record, Turley isn’t the only former player unhappy, as a group of ex-NFL players filed a lawsuit against the NFLPA in September over the new CBA.

Turley has had a long-standing feud with former Minnesota Vikings RB Robert Smith, a member of the panel that decides NFL disability claims. It looks like reconciliation between the two is still a long way off.

“The last thing I have is patience to sit down and try to talk to guys like Robert Smith, the disability assistant to the National Football League, [who] levy down a verdict on whether or not you receive your disability or not. Last time I checked, he wasn’t a doctor.”

Turley also has no problems voicing his displeasure with the NFL Players Association’s executive committee that helped negotiate the new CBA. Turley feels it wasn’t looking out for retired players. 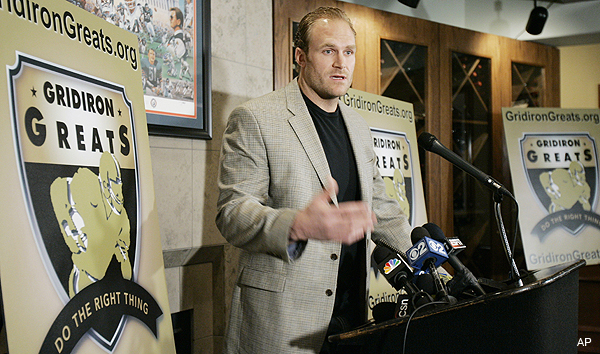 He doesn’t even pull punches with Saints quarterback Drew Brees(notes), a member of the committee who will be forever beloved in New Orleans for winning a Super Bowl two seasons ago and for his extensive community service in the area. While Turley said he has immense respect for Brees, Turley’s still steaming over comments Brees made in 2009 that some former players don’t have money because of bad decisions they made and were asking current players to make up for those mistakes.

“For a guy like Drew Brees to say the things he said about former players is completely preposterous, to say a cliché word,” Turley said. “It’s downright ridiculous for him, a guy who should know better being that he’s lucky he’s not sitting on the couch watching football after the shoulder injury he received in San Diego and would have been in the same boat as a lot of these guys out here dealing with these injury situations.”

Turley, 36, has plenty of his own ailments after battling in the trenches for years. He was profiled in a 2009 New Yorker article detailing episodes of nausea and headaches he’s faced, and he spoke to ESPN’s “Outside the Lines” earlier this year about the pain he deals with on a day-to-day basis and the medication he’s forced to take. Turley tries to stay away from painkillers and said on ESPN he prefers alternative medicine.

“You have to figure out what works best for you,” Turley said. “For me, it’s not necessarily putting a bunch of chemicals in my system that are made in a laboratory. I don’t believe in that.”

Turley also wants it to be clear he didn’t put steroids in his body during his NFL career. Many cynics assumed as much after the flying helmet incident, which some speculated was a result of ‘roid rage.

“If I did steroids, I’d still be playing football — or I’d be dead,” Turley said with a laugh.

Sounds like the perfect name for his next album.